Will smoking a pipe enhance an IQ? 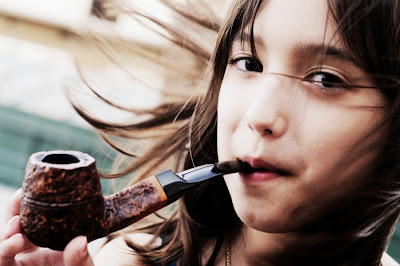 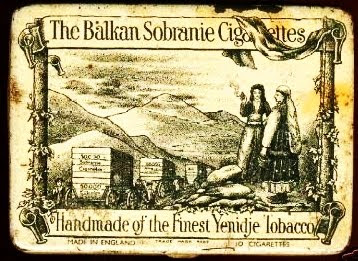 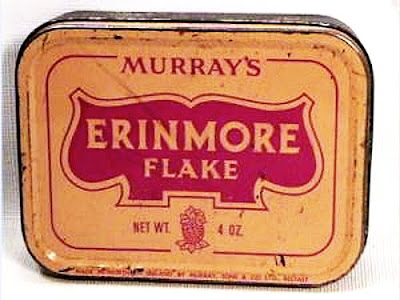 Well, maybe not. I smoked a pipe during my long university existence and my two choices were the ones above. Tobacco was cheap then and imported blends were highly prized. I often wonder how many sweaters I ruined? Anyway, here is an amusing essay on pipe smoking.

"Weekend Science: The Physics Of Smoking A Pipe"

If you're one of those cultural mullahs who thinks smoking causes lung cancer - even a cigar or a pipe - you can stop reading. This article is not for you. I have never smoked a cigarette in my life but gradual efforts by the modern temperance movement to ban smoking everywhere(1) should be resisted by anyone claiming they care about independence, tolerance and diversity.(2)

Cigars and pipes are the perfect way to clench your fist in indignant rage at yet another progressive inroad into our personal lives(3). If your significant other is on the fence regarding your new potential pastime(4), I recommend a pipe and an aromatic tobacco - they're quite nice. But smoking a pipe isn't as easy as you might think and you will still need the awesome power of science.

If you are like me, and you grew up watching Sherlock Holmes, heck even if you watch "Mad Men" today, you see pipes. Once a minute, someone will thoughtfully take a puff, a cloud of smoke will appear and something intelligent will happen.

I call rubbish on the media. If there is one thing I know, it is that you, being a novice pipe smoker, have zero chance of looking intelligent smoking a pipe. Instead, you will be spending all of your time lighting it. A lot. I am here to help.

A pipe is essentially just what it is called - a pipe. That means the laws of physics trump what you see on television. Fluid dynamics is crucial and because bodies are different, so will the best pipe be but you can narrow down your odds. If you are getting a new pipe or trying out an 'estate' pipe you found at your grandfather's, the simple test is to draw air through it, just like you might when smoking, so take your best guess. Whistling is bad because of our friend Bernoulli. If the airflow is restricted the air is moving faster and you hear that turbulent whistling sound. Restricted airflow means it will be a struggle to smoke and stay lit, the turbulence in this case is the smoke being separated from the air; smoke is essentially heavier moisture particles and it is being pushed to the sides when that happens.

If you are looking at a cheap pipe, try a different pipe, they're all machine-made to tolerances but you may just have gotten a bad one. If the pipe is an older one, there may just be some build up in it. If your pipe is curved, like my Stanwell, boring is crucial so if you are getting a cheap pipe, keep it straight and there is less chance of getting a bad one.

If airflow is a concern, the obvious question becomes why don't pipe makers just make a bigger aperture and bore out the stem. There's an aesthetic and structural concern. People want a pipe to look like a pipe so boring a larger aperture means less structure. A novice smoker will be more likely to bite through the bit and claim the pipe is lousy.

My Stanwell is a briar pipe, but if you want to just try a pipe, get a cheap corn cob variety. Seriously, it is a low cost way to figure out what you like. A Briar pipe is made from the burl of the Erica Arborea tree and it is literally the default in the pipe smoking world. You can't go wrong if it is decently made. You may even get crazy and try pipes made from different woods, like Rosewood or whatever - due to the many factors that go into taste and the numerous 'tones' it has, materials and structure and type all make a difference, just like in music.

Like an iron skillet, you want the pipe to be a little seasoned. If you got an old one, no issue, but if you have a new one you may get inconsistent behavior. The fast route to seasoning your pipe is to 'cake' it. Take some honey or scotch, depending on how hardcore you are, mix in some pipe tobacco ash so that it is just like it sounds, a cake, put a pipe cleanere in the stem airway so it doesn't clog and spread a thickness of about a U.S. dime coin in the heel of the bowl and the bottom half. Let it dry for a day and then smoke a bowlful all the way to the bottom. The heat does the work for you. If you bought an old pipe it may have a substantial cake and you need to ream it out. You can use anything for that, though in modern times pipe aficionados will tell you to buy a tool for 20 bucks.

Good luck. I will give you advice, just like I could give you advice on starting a site like Science 2.0, but experience will make the difference. Heat, like airflow is a killer. Airflow is a controversy, like I said, because of the aperture. Some say a wider bore will be too hot and the pipe won't stay lit, others feel it is a better draw. How will a new person know? If you are buying a pipe in a store, they are not selling you something bored at 5/32 inches or larger and if I wanted mine larger, well, look at the thing. It's curved. Not a trivial matter to re-bore a curved pipe.

If the draw is too little, you will get a sore mouth - you are literally working pretty hard at it, and the same goes if you are puffing all of the time trying to keep it lit.

Intuition says staying lit is a matter of making sure the material is dense so heat transfers easily. Not in this case, though you are right with a cigar and its gigantic draw. The bite and a sore mouth are a sign the pipe is packed too tight.

To get the best chance of having an even draw, fill the bowl up, and press it down lightly. Then fill it again and press it down firmly. Fill it again and press it down with a pretty good use of your finger. It will be below the rim. Use a match and try to light the entire thing evenly at first, charring the tobacco a little, then light it and take 5 or 6 puffs. Don't puff too often, even if you are worried about it going out. The throat strain is not worth it. Tamp it down here and there and that should help. Some people recommend blowing gently into the stem and then covering the chamber and drawing on it but use with caution until you know what you are doing.

With practice, it will come to you but get used to the idea of re-lighting it a lot at first. If you need a dramatic pause in the conversation before saying something pithy, that is a good time to re-light your pipe. Then you can lean your head back and intone, "You know, it's all inductance when you get right down to it" and people will nod their heads as if you said something profound - because you are smoking a pipe.

(1) Dal Baffo in Menlo Park, California was one of the best cigar restaurants in the entire country. When California did its back-door banning of smoking in restaurants, not only did it eliminate a thousand businesses that did not have outdoor patios for smokers, it eliminated an elegant pastime and further homogenized California culture into being mainstream, vanilla plastic people. I literally have not been to Morton's or an expensive steakhouse in California since. It feels wrong to not have a cigar afterward.

(2) Yes, of course smoking is bad for you. Everyone knows this. Continuing to pile on smokers with fundamentalist nonsense is pointless, some people are going to do it. If your next argument is "society will have to pay their medical bills' then you obviously recognize we should not be paying medical bills either. 10% of smokers get lung cancer and 50% of lung cancer victims never smoked. It is a risk factor, and smoking certainly aggravates it, but medical science finally got called on the carpet after three decades of a supposed 'war on cancer' so they have stopped exaggerating.

(3) Not in the house. Divorce will not be all that great for you either.

(4) I also tell young men who ask for advice to not only introduce every flaw, vice and bad habit early on in a relationship, but to throw in a few new ones as placeholders. It has been long established that significant others allow bad habits you showed up with - but not a single new one. Ever.

(5) Curious George, for example. No one ever called him dumb.