A bit of Ben Franklin insight and humor this Independence Day 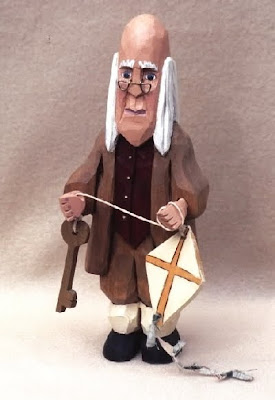 The New York Times
I cede pride of place to no man in my esteem and affection for the founding fathers. Obviously, some — Thomas Jefferson, George Washington, Alexander Hamilton — inspire slightly more awe than others (Button Gwinnett, Elbridge Gerry). But even the least renowned of the founding fathers is a titan by comparison with the leaders of today. A titan, I say.

Yet even a titan occasionally has an off day.

Consider the case of Ben Franklin, printer, engraver, scientist, wordsmith, diplomat, philosopher and, because he was a fellow denizen of the City of Brotherly Love, my personal favorite among the founding fathers. The oldest and arguably the most brilliant of the men who midwifed this great nation into existence, Franklin has always been an inspiration, a beacon and, in a very real sense, a mentor to me, a guiding light I have most humbly sought to emulate. Thus, I was thrilled when my son decided to attend Franklin & Marshall College, founded in 1787 with £200 ponied up by Franklin, even though the tuition nearly bankrupted me. I would not have footed the bill had he decided to attend, say, Ole Miss or Central Connecticut State or Oral Roberts. I just wouldn’t have.

The most enduring legacy Franklin has bequeathed us is that marvelous little collection of adages, axioms and aphorisms known as Poor Richard’s Almanac. Culling the wisdom of the ages, liberally borrowing from such stalwart intellectual forebears as Bacon, La Rochefoucauld, Rabelais, Pope, Dryden and Aesop, Franklin has provided countless generations of his countrymen with a veritable Baedeker to life itself. For, as the 19th-century man of letters Paul Leicester Ford indicates in his preface to the almanac, while it is true that most of the thoughts originated with Franklin’s predecessors, the reason they are remembered today is because they were filtered through his extraordinary brain and “tinged with . . . Mother Wit.”

Or so it would seem. True, the almanac does contain a number of insights into the human condition that have never been surpassed for their perspicacity, conciseness and utility. Fish and visitors really do stink after three days. To err is human; to repent really is divine. He who makes haste does in fact make waste. And I learned through bitter experience that when pride climbed into my coach, shame had a tendency to clamber in right behind it. All in all, I could not agree more with Franklin’s observation that well done is better than well said.

But a while back I realized that not all the wit and wisdom contained in Poor Richard’s Almanac was equally witty or equally wise. It happened like this: Feeling that my life had lost direction over the years, that I had strayed too far from the path of the righteous, I decided last winter to go back and take a Poor Richard refresher course, in the hope of reconfiguring my moral and ethical infrastructure. In doing so, I was stunned to discover how many of Franklin’s axioms failed the acid test of validity and usefulness.

The first thing I noticed was that a lot of Franklin’s folksy little gems were a bit on the obvious side, the sort of things anyone but an outright idiot would already know. For example, who needs to have explained to him that an innocent plowman is more worthy than a vicious prince? Who exactly would be unaware that to be proud of virtue is to poison oneself with the antidote? Who but a knucklehead would fail to appreciate that experience keeps a dear school, yet fools will learn in no other? And who needs to be told that vice puts on her mask precisely because she knows she’s ugly?

But it wasn’t just that the sayings were banal and obvious. What was worse, I discovered as I proceeded with my brushing-up project, was when I began to notice that not all of the sayings were equally clever. Consider the following:

Every little makes a mickle.

He that buys by the penny maintains not only himself, but other people.

Sadly, as I wended my way through the pages, I discovered a number of maxims whose inclusion in this otherwise sagacious compendium befuddled me. Some seemed dated. Others seemed like a bit of a stretch. But a surprising number made no sense whatsoever. For example, why would anyone think that “hunger is the best pickle”? Why would the eye of a master do more work than his hand? And why would the Devil wipe his breech with poor folks’ pride?

Paging disconsolately through the almanac, I was floored by the number of supposedly canny old sayings whose meaning completely escaped me. If the mastiff is gentle, why would you even think of biting him by the lip? Why would the wise man walk, not run, when escaping from fire, a woman or an enemy? I’d run. Why would it be better to eat salt with the philosophers of Greece than sugar with the courtiers of Italy? And what was the scientific basis for the conclusion that monkeys, warm with envious spite, their most obliging friends would bite? Was Franklin simply making this stuff up?

I am certainly not suggesting that rereading Poor Richard’s Almanac disappointed me in the way rereading Anaïs Nin, Hermann Hesse and other countercultural heroes of my youth did when I revisited them a few years back. No, all I’m saying is that not all of Poor Richard’s adages are equally pithy or equally helpful. Frankly, a lot of them seem like phone-in jobs, as if Franklin realized at about 10:45 a.m. that he was having an off day and decided to punch out early. It was like reading Shakespeare’s “Pericles, Prince of Tyre” and “Titus Andronicus” after first being exposed to “Hamlet” and “Macbeth.” No matter how I tried to dress it up, the bitter truth was staring me right in the face: Even the Master nodded.

I still admire Ben Franklin, and will never cease to do so. But from now on, that homage will be qualified. Much as I hate to admit it, sayings like “If it were not for the belly, the back might wear gold” and “A life of leisure and a life of laziness are two things” just don’t cut the mustard. They’re the kind of pointless, obtuse, third-rate flapdoodle Franklin himself would have hated, and for which there is only one proper response: Hey, buddy, go fly a kite.

Poor Richard’s Almanack
Posted by Mercury at 11:49 AM