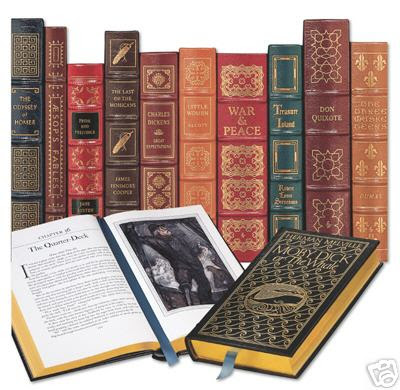 I knew that this perspective would emerge soon. A colleague recently sent me an article that appeared in the Wall Street Journal that basically challenges the "myth" that college, rather scholarly academic work, is suitable for everyone. And the author is correct that "For Most People, College Is a Waste of Time" but it has become so ingrained in American culture that we begin to truly believe that a university education applies to all much like the myth that all people should own a house for which now we are seeing that home ownership is not for everyone simply because it is not affordable in purchasing and maintaining that has been exacerbated by greedy and creative money lenders in an economy where the ratio of a non-incremental wage is disproportional to inflation or price indexes of a bloated commodity's value. I began to see this over 40 years ago when I discovered that the academics and learning value [a "liberal education" if you like] became diluted by a huge influx of students that struggled to stay afloat and understand that a higher education was more than receiving a piece of paper that declared a BA, MA, or Ph.D. A higher degree to many meant better jobs and more money and not the balance of knowledge and scholarship. Many who had those degrees had no knowledge of ancient literature or even construct a decent sentence. Communication skills were poor. Many students then and especially now would be better off attending separate entities of vocational or proprietary educational sources where a skill is pursued. Just look at the television programs from ABC to XYZ Universities offering degrees in paralegal services, nursing, or business administration. Those establishments are interested in providing real skills for the students and make money. The traditional university still maintain academic standards but they too are interested in making money. Some accomplish this through high entrance fees, government and private grants of research [usually scientific with the ultimate goal of technology in mind], and athletics. It is a pity to see students and families become financially in debt from university education expenses when alternatives are available and to realize that not all students are university material.

"For Most People, College Is a Waste of Time"

The Wall Street Journal
Imagine that America had no system of post-secondary education, and you were a member of a task force assigned to create one from scratch. One of your colleagues submits this proposal:

First, we will set up a single goal to represent educational success, which will take four years to achieve no matter what is being taught. We will attach an economic reward to it that seldom has anything to do with what has been learned. We will urge large numbers of people who do not possess adequate ability to try to achieve the goal, wait until they have spent a lot of time and money, and then deny it to them. We will stigmatize everyone who doesn't meet the goal. We will call the goal a "BA."

You would conclude that your colleague was cruel, not to say insane. But that's the system we have in place.

Finding a better way should be easy. The BA acquired its current inflated status by accident. Advanced skills for people with brains really did get more valuable over the course of the 20th century, but the acquisition of those skills got conflated with the existing system of colleges, which had evolved the BA for completely different purposes.

Outside a handful of majors -- engineering and some of the sciences -- a bachelor's degree tells an employer nothing except that the applicant has a certain amount of intellectual ability and perseverance. Even a degree in a vocational major like business administration can mean anything from a solid base of knowledge to four years of barely remembered gut courses.

The solution is not better degrees, but no degrees. Young people entering the job market should have a known, trusted measure of their qualifications they can carry into job interviews. That measure should express what they know, not where they learned it or how long it took them. They need a certification, not a degree.

The model is the CPA exam that qualifies certified public accountants. The same test is used nationwide. It is thorough -- four sections, timed, totaling 14 hours. A passing score indicates authentic competence (the pass rate is below 50%). Actual scores are reported in addition to pass/fail, so that employers can assess where the applicant falls in the distribution of accounting competence. You may have learned accounting at an anonymous online university, but your CPA score gives you a way to show employers you're a stronger applicant than someone from an Ivy League school.

The merits of a CPA-like certification exam apply to any college major for which the BA is now used as a job qualification. To name just some of them: criminal justice, social work, public administration and the many separate majors under the headings of business, computer science and education. Such majors accounted for almost two-thirds of the bachelor's degrees conferred in 2005. For that matter, certification tests can be used for purely academic disciplines. Why not present graduate schools with certifications in microbiology or economics -- and who cares if the applicants passed the exam after studying in the local public library?

Certification tests need not undermine the incentives to get a traditional liberal-arts education. If professional and graduate schools want students who have acquired one, all they need do is require certification scores in the appropriate disciplines. Students facing such requirements are likely to get a much better liberal education than even our most elite schools require now.

The incentives are right. Certification tests would provide all employers with valuable, trustworthy information about job applicants. They would benefit young people who cannot or do not want to attend a traditional four-year college. They would be welcomed by the growing post-secondary online educational industry, which cannot offer the halo effect of a BA from a traditional college, but can realistically promise their students good training for a certification test -- as good as they are likely to get at a traditional college, for a lot less money and in a lot less time.

Certification tests would disadvantage just one set of people: Students who have gotten into well-known traditional schools, but who are coasting through their years in college and would score poorly on a certification test. Disadvantaging them is an outcome devoutly to be wished.

No technical barriers stand in the way of evolving toward a system where certification tests would replace the BA. Hundreds of certification tests already exist, for everything from building code inspectors to advanced medical specialties. The problem is a shortage of tests that are nationally accepted, like the CPA exam.

But when so many of the players would benefit, a market opportunity exists. If a high-profile testing company such as the Educational Testing Service were to reach a strategic decision to create definitive certification tests, it could coordinate with major employers, professional groups and nontraditional universities to make its tests the gold standard. A handful of key decisions could produce a tipping effect. Imagine if Microsoft announced it would henceforth require scores on a certain battery of certification tests from all of its programming applicants. Scores on that battery would acquire instant credibility for programming job applicants throughout the industry.

An educational world based on certification tests would be a better place in many ways, but the overarching benefit is that the line between college and noncollege competencies would be blurred. Hardly any jobs would still have the BA as a requirement for a shot at being hired. Opportunities would be wider and fairer, and the stigma of not having a BA would diminish.

Most important in an increasingly class-riven America: The demonstration of competency in business administration or European history would, appropriately, take on similarities to the demonstration of competency in cooking or welding. Our obsession with the BA has created a two-tiered entry to adulthood, anointing some for admission to the club and labeling the rest as second-best.

Here's the reality: Everyone in every occupation starts as an apprentice. Those who are good enough become journeymen. The best become master craftsmen. This is as true of business executives and history professors as of chefs and welders. Getting rid of the BA and replacing it with evidence of competence -- treating post-secondary education as apprenticeships for everyone -- is one way to help us to recognize that common bond.

[Mr. Murray is the W.H. Brady Scholar at the American Enterprise Institute. This essay is adapted from his forthcoming book, "Real Education: Four Simple Truths for Bringing America's Schools Back to Reality" (Crown Forum).]

Thanks to stringer Tim for the article.
Posted by Mercury at 1:20 PM